It comes in a moment. A suggested recipe, a picture in a magazine, a tempting list of ingredients and instructions in a cookbook. But when it comes, it doesn't leave me alone until I have it just right. Thats how I began my week. A friend mentioned that she liked her mom's maraschino cherry cake. (How have I not tried this before?) I obtained the recipe and went to work.
Frosted's test kitchen was full of cherries, walnuts, and the world was pink and fluffy and sweet for days on end... 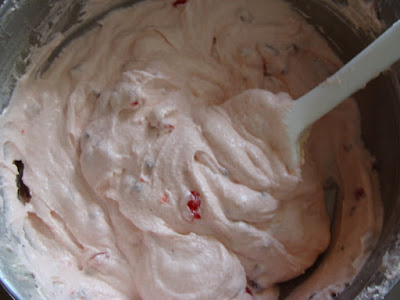 My first version was made as the recipe called for. I lathered thick buttercream on top. I thought it tasted great, but wanted a more tender texture.
I ended up with FOUR versions of this cake! I altered ingredients and mixing methods. I tried powdered sugar on top of one version: 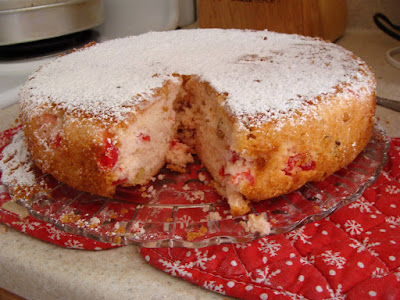 I made one version as a round 10" layer cake frosted with home made white chocolate whipped cream. (yumm!)

But in the end, it was this version that won out:
A tender and moist but fluffy bundt cake with lots of cherries and walnuts. An almond glaze topped it off and it went great with a frothy mug of my favorite chai tea. 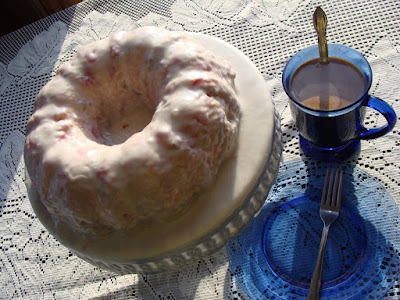 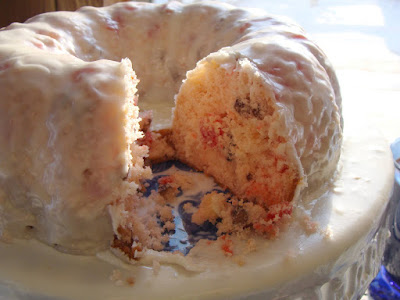 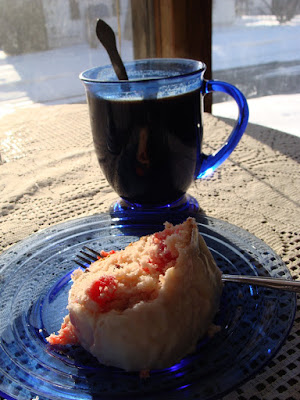